1. When you are suspicious for DKA do you obtain a VBG or an ABG? How good is a VBG for determining acid/base status?

Diabetic ketoacidosis (DKA) is defined by five findings: acidosis (pH < 7.30, serum bicarbonate (HCO3) < 18 mEq/L, the presence of ketonuria or ketonemia, an anion gap > 10 mEq/L, and a plasma glucose concentration > 250 mg/dl. It is one of the most serious complications of diabetes seen in the emergency department. The mortality rate of hospitalized DKA patients is estimated to be between 2-10% (Lebovitz, 1995). As a result, its prompt recognition is vital to improving outcomes in these patients. As a result, emergency physicians have long relied on the combination of hyperglycemia and anion gap metabolic acidosis to help point them in the correct diagnostic direction. 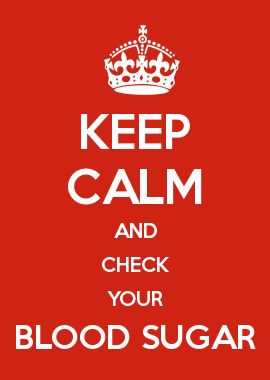 In the assessment of the level of acidosis in a DKA patient, an arterial blood gas (ABG) has long been thought of as much more accurate than a venous blood gas (VBG) and thus necessary in evaluating a DKA patient’s pH and HCO3 level, two values often used to direct treatment decisions. An ABG is more painful, often time-consuming and labor intensive as it may involve multiple attempts. In addition, ABGs can be complicated by radial artery aneurysms, radial nerve injury and compromised blood supply in patients with peripheral vascular disease or inadequate ulnar circulation. A VBG is less painful, can obtained at the time of IV placement, and is therefore less time consuming. But is it good enough to estimate acid/base status in these patients?

Ma, et al. went further and asked physicians to make diagnosis, treatment and disposition decisions without seeing the ABG results first. They found that the results affected diagnosis in only 1% of patients, and treatment in only 3.5% of patients (Ma, 2003).

As a result, the Joint British Diabetes Society 2011 Guidelines for the Management of DKA advise using a VBG in not only the initial assessment of acid/base status, but also to help monitor the progress of treatment (Savage, 2011). In summary, it appears that in patients presenting in DKA, a VBG sample is an adequate substitute for an ABG in determining a patient’s pH and HCO3– level with only a minor degree of inaccuracy that is not clinically significant enough to alter treatment decisions.

Bottom Line: A VBG is adequate for the diagnosis and ongoing management of patients with DKA. ABGs offer no added benefit and are associated with increased pain and complications.

2. Do you use serum or urine ketones to guide your diagnosis and treatment of DKA?

Although the presence of ketones is part of the DKA definition, many clinicians make the diagnosis based on acidosis, decreased serum HCO3 and the presence of an anion gap alone. The presence of ketones, however, is superior in making the diagnosis to HCO3 (Sheikh-Ali, 2008). Serum or urine samples can be used to detect ketones but urine testing is more rapid and thus, more likely to be utilized. Unfortunately, urinalysis testing may be misleading. In DKA, fatty acid breakdown results in the production of two major ketone bodies: acetoacetate and beta-hydroxybutyrate. Beta-hydroxybutyrate is the predominant ketone but urinalysis is only able to detect for acetoacetate via the nitroprusside assay (Marliss, 1970). Thus, early in DKA, the urinalysis may be negative for ketones and falsely reassuring. This has prompted many clinicians to do serum ketone testing. Serum testing also offers a quantitative measure of ketones instead of the simple qualitative measure with a urine test (Foreback, 1997). However, serum beta hydoxybutyrate testing is  unavailable in many hospital systems and may not elucidate the entire clinical picture by itself (Fulop, 1999).

Additionally, as the patient is treated for DKA, beta-hydroxybutyrate is converted to acetoacetate. Appropriate treatment may cause a stronger positive nitroprusside assay reaction for acetoacetate, misleading the physician into thinking the patient is not improving or worsening. However, following serum ketones to assess for DKA improvement has not been shown to be superior to clinical evaluation.

Where does this leave us? In patients presenting with clinical signs and symptoms of DKA, serum pH, HCO3, glucose, and anion gap should be assessed. A urine should be checked for the presence of ketones and if positive, emergency department serum ketone testing would be unnecessary. However, if urine ketones are not present and the diagnosis is unclear, the addition of serum ketones (specifically beta-hydroxybutyrate) seems reasonable. There is no evidence to suggest that following serum ketones during treatment is necessary.

Bottom Line: Patients with DKA may present with a weak or absent nitroprusside assay reaction on urinalysis for ketones as this test only checks for acetoacetate (the minor ketone body produced in DKA). Serum beta-hydroxybutyrate testing may be helpful in certain cases in making the diagnosis.

3. Do you use IV bicarbonate administration for the treatment of severe acidosis in DKA? If so, when?

The cornerstones of DKA treatment involve reversal of the effects of osmotic diuresis with fluids and electrolyte repletion as well as correcting the acidemia present in these patients. Treatment with sodium bicarbonate has frequently been recommended to assist in raising the pH to a “safer level.”

However, recent evidence shows that bicarbonate is not only ineffective in correcting acidemia but that it may be detrimental. In their study, Morris, et al. took twenty one patients with severe DKA patients (pH 6.9-7.14) and found no significant difference in the decrease in glucose concentrations, decrease in ketone levels, the rate of increase in pH, the time to reach a serum glucose of 250 or to reach a pH of 7.3 in patients treated with bicarbonate versus those treated without bicarbonate (Morris 1986). In 2013, a study of 86 patients with DKA confirmed these findings. Patients who received bicarbonate had no significant difference in time to resolution of acidosis or time to hospital discharge (Duhon, 2013). However, the insulin and fluid requirements were higher in the bicarbonate group. A pediatric study of severe DKA patients (pH < 7.15) found that 39% of patients were successfully treated without bicarbonate with a comparable number of complications (Green, 1998).

In addition to its apparent lack of efficacy, numerous studies have also pointed to its potential deleterious effects. Okuda, et al. showed with seven patients in DKA that those assigned to receiving bicarbonate as part of their treatment had a 6-hour delay in the improvement of ketosis compared to the control group (Okuda, 1995).   Bicarbonate has also been found to worsen hypokalemia and can cause paradoxical intracellular and central nervous system acidosis (Viallon, 1999). Additionally, a bicarbonate infusion shifts the oxygen dissociation curve decreasing tissue oxygen uptake and has been associated (although not shown to cause) cerebral edema in pediatric patients.

In spite of the lack of evidence, the American Diabetes Association continues to recommend the use of bicarbonate in patients with a serum pH < 7.0 (Kitabachi, 2006). However, in the face of mounting evidence and a lack of support in the literature, this recommendation should be readdressed. A systematic review of 44 studies, including three randomized clinical trials in adults found no clinical efficacy to the use of bicarbonate in DKA (Chua, 2011). Of note, none of the trials cited in the ADA recommendations or the systematic review included patients with an initial pH < 6.85, making it difficult for the clinician to know what to do in cases of such severe acidosis.

4. When do you start an insulin infusion in patients with hypokalemia? Do you give a bolus followed by a drip?

Insulin administration is paramount to the successful treatment of the DKA patient as it reverses the mobilization of free fatty acids and the production of ketoacids and glucose. Prior to the isolation of insulin for medical use, the mortality of DKA was 100%. It functions by treating the acidosis and ketosis present in these patients. DKA patients, however, often have profound potassium losses secondary to the osmotic dieresis that occurs with such a hyperglycemic state. As a result, about 5-10% of patients with DKA will present with hypokalemia (Aurora, 2012). In addition to its other functions, insulin drives potassium from the serum into the cells. Thus it is vital to know the serum potassium level prior to starting insulin therapy in order to avoid a lethal hypokalemia-induced dysrhythmia. An EKG can also assist in detecting any signs of hypo- or hyperkalemia that may be seen in these patients.   The American Diabetes Association recommends beginning insulin therapy once the potassium level is repleted to > 3.3 meq/L. Below a potassium level of 5.5 meq/L, 20-30meq KCL should be added to each liter of fluids to prevent hypokalemia from occurring with insulin therapy (Kitabchi, 2006).

Traditional teaching in DKA treatment recommends starting a bolus of insulin followed by an infusion. The bolus was believed to rapidly activate the insulin receptors and lead to a resolution of hyperglycemia, ketosis, and acidosis. Recent literature, however, has shown that this initial bolus of insulin is likely unnecessary and may pose harm by creating a greater risk for hypoglycemic events. A randomized trial in 2008 demonstrated that giving patients a bolus of insulin followed by a drip (at 0.07 units/kg/hr) resulted in a brief period of supranormal insulin levels followed by a plateau at subnormal levels (Kitabchi, 2008). Providing an infusion at 0.14 units/kg/hr, however resulted in a serum insulin plateau that was more consistent with normal physiology. Goyal, et al. divided 157 patients and treated half of them with insulin bolus + drip and the other half with insulin drip only and found that there were no statistically significant differences in the rate of change of glucose (both groups with approximately 60mg/dl/hr decrease), change in anion gap, or length of stay in the ED or the hospital (Goyal, 2007). Patients treated with an insulin bolus + infusion also had more side effects including more episodes of hypoglycemia and higher potassium requirements (although these were trends seen in this small observational study, neither reached statistical significance).

Bottom Line: Insulin should not be started in patients with DKA until the serum potassium level is confirmed to be > 3.5 mEq/L. The use of an insulin bolus prior to infusion has not been shown to improve any patient centered outcomes or surrogate markers and is associated with an increased rate of hypoglycemic episodes.