Dizziness is the cause of over 10 million ambulatory care visits per year, 25% of which are seen in emergency departments around the US (Newmann-Toker, 2008).  Vertigo is a subset of dizziness in which patients have a false sense of spinning or movement in either themselves or their environment.  The causes of vertigo are numerous, yet are most often categorized as being either of peripheral or central etiology.  Peripheral etiologies include benign diagnoses such as benign paroxysmal positional vertigo (BPPV), vestibular neuritis/labrynthitis, Meniere’s disease, as well as more serious diagnoses such as herpes zoster oticus, and aminoglycoside toxicity.  Central etiologies, however, often include more dangerous pathologies such as brainstem ischemia, cerebellar infarction/hemorrhage, and vertebral artery dissection. Central causes may also include slightly less emergent diagnoses such as migrainous vertigo, multiple sclerosis and Chiari malformations.   The challenge for the ED physician has always been to differentiate the dangerous central causes from the benign peripheral etiologies using history and physical exam, as diseases in both categories often present with vertigo as a major symptom. 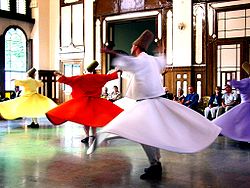 On history, the most amount of helpful information can be gleaned from teasing out the timing/duration of the vertiginous episodes.  Although this information may not differentiate central versus peripheral, as lots of overlap exists, it can help narrow the differential diagnosis.  In patients presenting with an acute, prolonged episode of severe vertigo (i.e., acute vestibular syndrome) the two primary pathologies to consider are vestibular neuritis and cerebellar stroke.  In patients with recurrent, positional vertigo one should consider BPPV as well as Chiari malformation, cerebellar tumors, and multiple sclerosis.  In patients with recurrent, non-positional vertigo,  Meniere’s disease and posterior circulation TIA belong on the differential.

It is a misconception that vertigo that is worsened by head/body movement (including Dix-Hallpike maneuver) is the result of a peripheral cause such as BPPV.  However, the exacerbation of symptoms with head movements have been reported in all causes of vertigo (Kubo, 1988).  Others experts argue that patients with dizziness from ANY cause will feel worse with certain position changes (Kerber, 2009).  Therefore, the characteristic that distinguishes BPPV is not simply an exacerbation of vertigo by head movement, but rather, vertigo that is triggered by positional changes, lasts less than one minute, and then returns to normal between attacks (Kerber, 2009).

Another piece of helpful history is the presence of otic symptoms (hearing loss, tinnitus, ear fullness, etc.), which strongly suggests peripheral etiology (Newmann-Toker, 2007).  Some newer evidence, however, does demonstrate that infarctions of the posterior circulation in the distribution of the anterior inferior cerebellar artery (the blood supply to the inner ear), may rarely cause similar otic symptoms (Lee, 2009).

Other pieces of history that may be helpful include a recent hyper-extension injury ortrauma associated with neck pain and vertigo, which may be indicative of a vertebral artery dissection.  Other central nervous system symptoms including diplopia, dysarthria, weakness, truncal ataxia, and sensory loss are often indicative of a central cause.  Patients with significant stroke risk factors (i.e., hypertension, diabetes, atrial fibrillation, smoking, history of vascular disease) may have vertebrobasilar insufficiency as the cause of their vertigo (Kerber, 2006).  Medications such as aminoglycosides may cause peripheral vertigo, whereas phenytoin can result in cerebellar toxicity and associated vertigo.

Components of the history that may not be as helpful include the presence of nausea or vomiting, which can be seen in both peripheral and central vertigo (Baloh, 1998).  There is also no evidence supporting the presence of a concurrent viral syndrome to be indicative of a peripheral etiology.

2.     What elements of physical exam do you find most reliable in differentiating central from peripheral vertigo?

The crux of being able to distinguish central from peripheral vertigo lies largely in the physical examination.  Hard focal neurological signs (i.e., hemiplegia, hemisensory loss, ataxia, dysarthria, ophthalmoplegia, etc.) clearly point to a central etiology, but unfortunately are found in only approximately 50% of patients with posterior strokes (Kattah, 2009).  So how does one go about differentiating between the two types of etiologies in patients who have no hard neurological signs?  As they say, the truth lies in the eyes…

The classic teaching about nystagmus stills holds up quite well as an accurate method of distinguishing central from peripheral vertigo (Baloh, 2003).  Nystagmus of peripheral etiology is generally found to be horizontal in nature and unidirectional (the fast component of the nystagmus always beats in the same direction, regardless of which way you extend the patient’s gaze).  On the contrary, nystagmus of central etiology is often purely torsional or vertical in nature (usually down-beating nystagmus) and is bidirectional (the fast component of the nystagmus changes directions depending on which direction you extend the patient’s gaze).

Although these are reliable physical examination tests, a group of researchers at Johns Hopkins University have developed an even simpler and more accurate 3-step bedside ocular physical examination. They posit that it can quickly and accurately differentiate acute vestibular neuritis from a posterior stroke in patients with continuous vertigo (Kattah, 2009).  The series of tests is called the HINTS exam and is comprised of 3 components: Head Impulse testing, bi-directional Nystagmus, and Test of Skew.  In their prospective, cross-sectional study, they performed the HINTS exam at the bedside of 101 patients in an academic hospital stroke center to try and differentiate between those patients with central versus peripheral etiologies of their vertigo.  Later they confirmed their diagnoses using MRI with diffusion-weighted imaging.  They concluded that the presence of either a normal horizontal head impulse test, direction-changing nystagmus in eccentric gaze, OR skew deviation was 100% sensitive and 96% specific for stroke.  With  MRI having a 12% false negative rate within the first 48 hrs of symptom onset, the HINTS exam was purported by this group to be more sensitive than MRI in initial diagnosis of posterior circulation strokes (Kattah, 2009).

For a video demonstrating how to do the HINTS exam please visit the site of Dr. David Newmann-Toker at: http://novel.utah.edu/Newman-Toker/collection.php#

3.     When do you obtain imaging in a patient with vertigo?  Which study do you use and why?

Brain imaging should be obtained in patients when there is concern for a central cause of  vertigo such as a posterior circulation stroke or vertebrobasilar insufficiency.  A non-contrast head CT (NCHCT) is often the first diagnostic study ordered because of its accessibility in most emergency departments.  NCHCT, however, has poor diagnostic utility in diagnosing lesions of the posterior fossa, because of the amount of bone artifact present.  NCHCT has a sensitivity of only about 16% in the diagnosis of acute ischemic posterior stroke (Chalela, 2007).  As a result, NCHCT should never be used to rule out the diagnosis of stroke in a patient with a possible central etiology.  The only situation where NCHCT reliably identifies a central cause of vertigo is in hemorrhagic infarctions of the cerebellum, in which acute blood is usually evident immediately by CT.  Unfortunately, these account for only 4% of central causes of acute vestibular syndrome.

Instead, the test of choice when a central cause of vertigo is suspected is an MRI, as it allows a better view of the posterior fossa.  In contrast to CT, MRI has a sensitivity of about 80% in detecting lesions of the posterior fossa within 24 hours of symptom onset (Tarnutzer, 2011).  The obvious disadvantage of MRI is it’s often not readily available in the emergency department within a short period of time.  If the integrity of the posterior circulation needs to be assessed, an MRA may also be useful in detecting vertebrobasilar stenosis or dissection.  Although MRI is clearly more sensitive than CT in detecting posterior strokes, MRI was found to have a false negative rate of about 12% in the original HINTS study, meaning that it fared worse than the bedside HINTS exam in detecting posterior strokes (Kattah, 2009).

For a video on how to properly perform the Dix-Hallpike maneuver, visit the website of Dr. David Newman-Toker: http://novel.utah.edu/Newman-Toker/collection.php#

Von Brevern, et al. demonstrated that, when compared to a sham maneuver, the Epley maneuver was successful in 80% of patients (compared to 10% of patients in the sham group) in relieving symptoms of vertigo and nystagmus at 24 hours after treatment (von Brevern, 2006).  Further studies have also outlined the success of the Epley maneuver, compared to sham maneuvers, as a useful method of acute treatment as well as long-term treatment.

5.    Bonus question:  Which medications do you use to treat vertigo?

In the treatment of acute vertigo, medications should be given to treat nausea/vomiting as well as the acute episodes of vertigo.  Nausea and vomiting can be treated  in the emergency department with any number of phenothiazine anti-emetics including ondansetron, metoclopramide, or promethazine, to name a few.  These medications may also acutely decrease the symptoms of vertigo experienced by a patient.  IV fluids should also be given to assist in the repletion of volume lost through multiple vomiting episodes.

In order to acutely and effectively treat the symptoms of vertigo, often caused by abnormalities in the vestibular system, vestibular suppressants may be used.  The two major classes of drugs used for this purpose are antihistamines (i.e., diphenhydramine, meclizine, dimenhydrinate, etc.) and benzodiazepines (i.e., diazepam, clonazepam, etc.).  Both classes of medications are complicated by side-effects of drowsiness, which may not be desirable, especially in elderly patients (often worsening their complaints of “dizziness”).  These medications, useful in the initial days of significant vertigo, should be discouraged in daily use after the first 24-48 hours. They are believed to compromise the brain’s ability to compensate for long-term vestibular dysfunction and may delay recovery (Baloh, 2003).

Of the two classes of drugs, antihistamines are often considered to be first-line therapy for vertigo, as they appear to be less sedating than their benzodiazepine counterparts.  In terms of comparative efficacy in alleviating vertiginous symptoms, very little data exists.  One double-blind randomized study by Marill, et al., looked at 74 patients and compared 2mg IV lorazepam to 50mg IV dimenhydrinate in the symptomatic treatment of vertigo in the emergency department. They demonstrated that patients given dimenhydrinate had an increased ability to ambulate, less drowsiness, and were significantly more likely to be “ready to go home” compared with the lorazepam group at the 2 hour mark after treatment (Marill, 2000).

This entry was posted in Uncategorized and tagged dizziness, neurology, vertigo. Bookmark the permalink.