2.  How do you identify and manage patients with unstable angina? 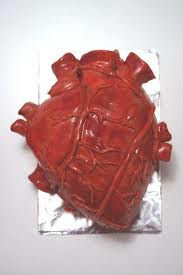 Patients with unstable angina (UA) are  on the same ACS spectrum as NSTEMIs and STEMIs.  Unstable angina is defined as either angina at rest, new onset (< 2 months) severe angina, or worsening angina. UA should not be considered benign, as its cause is plaque instability/rupture, just as in NSTEMIs and STEMIs. It is usually not that difficult to identify; however, there is often much hesitation or inertia in starting aggressive therapy for it, as there are no significant ECG findings and biomarkers are negative.  It is important to note, though, that UA and non-occlusive CAD are not benign and include a 2% risk of death or MI at 30 days follow-up (Bugiardini, 2005).

Accordingly, the ACC/AHA guidelines recommend that patients with UA be treated the same as patients with NSTEMIs: full anti-platelet and anti-coagulation (as described in question #1) as well as early invasive treatment (< 24-48 hrs) for high risk patients, (GRACE score > 140). These treatments are, of course, in addition to the oxygen, nitroglycerin, beta-blocker, ACE inhibitor/ARB, and statin recommended for all ACS patients.

Unfortunately, there has been a long-recognized lack of compliance with guidelines regarding treatment of UA and NSTEMIs (collectively referred to as NSTE ACS).  This problem led to the development of the CRUSADE (Can Rapid risk Stratification of Unstable angina patients suppress Adverse outcomes with Early implementation of the ACC/AHA guidelines) quality improvement initiative (Hoekstra, 2002).  This initiative involved over 400 EDs nationwide and established a registry of high risk NSTE ACS patients, characterizing demographics, risk stratification results, and treatments given.  It also provided feedback to the hospitals, so that they could monitor and improve their performance.

Findings from the CRUSADE registry underscored the importance of adhering to guidelines.  One group found that guidelines were followed only 74% of the time, and that a hospital’s composite guideline adherence rate was significantly associated with in-hospital mortality. Indeed they found that for each 10% increase in the composite adherence to the ACC/AHA guidelines, there was a 10% decrease in the odds of in-hospital mortality (Peterson, 2006). Another study conducted in Spain yielded similar results where underuse of Class I recommendations was found to be an independent predictor of death in patients with NSTE ACS (Heras, 2006).

Perhaps one of the most intriguing patterns uncovered by researchers analyzing the CRUSADE data was that of paradoxical care. Those at highest risk (i.e. those who should have been receiving more aggressive intervention) were precisely those that received the least care. Some of these higher risk groups included the elderly and patients with chronic renal insufficiency, both of whom were often were undertreated with antithrombotics/antiplatelets (Tricoci, 2006).  This paradox extended to patients chosen for early invasive strategies. While angiography and PCI are intended for high-risk patients–for whom it is expected to have the most benefit–multiple studies have found instead an inverse relationship between cardiac risk level and invasive cardiac procedures, where younger and healthier patients (i.e. those with fewer co-morbidities or risk factors) were taken to the cath lab preferentially (Bhatt, 2004, Cohen 2009, Zia 2007). The significance of this is seen in Bhatt’s study, where in propensity-matched pairs analysis he found the frequency of in-house mortality to be significantly lower in those undergoing early invasive treatment (2.5% v 3.7%).

This entry was posted in Uncategorized and tagged cardiology. Bookmark the permalink.